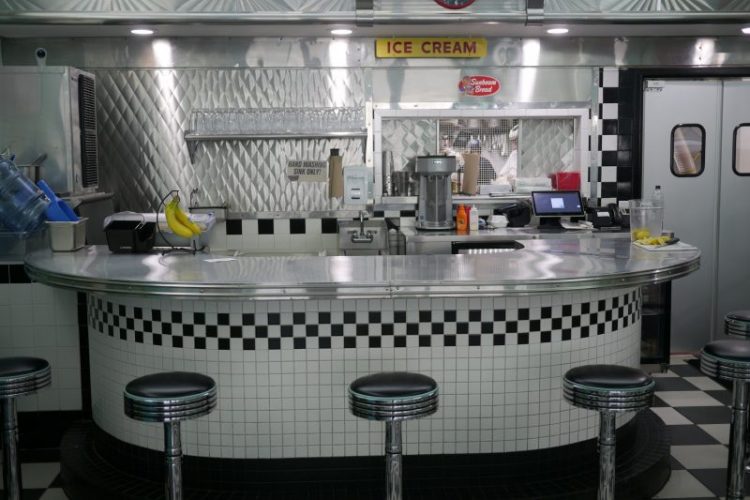 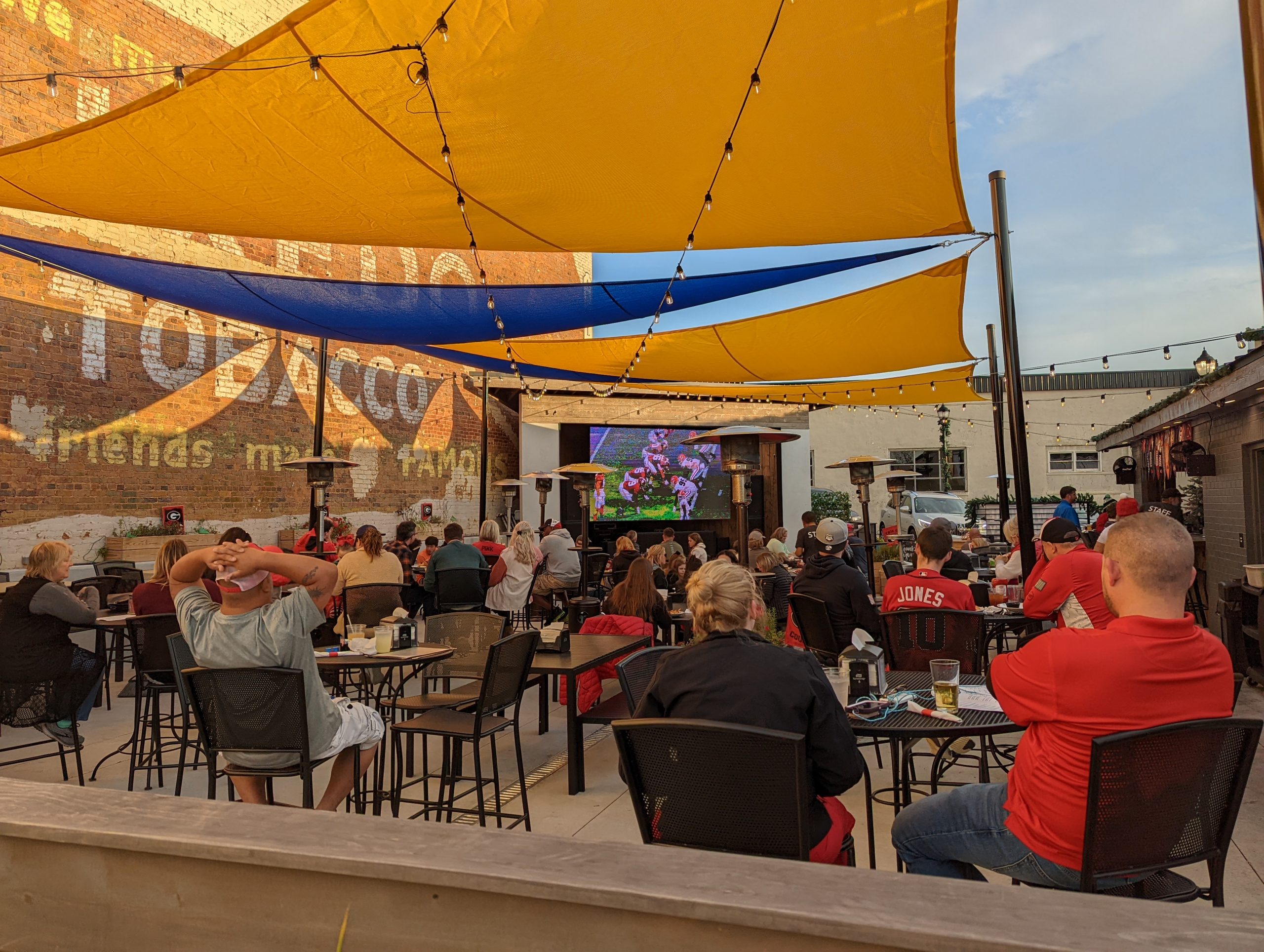 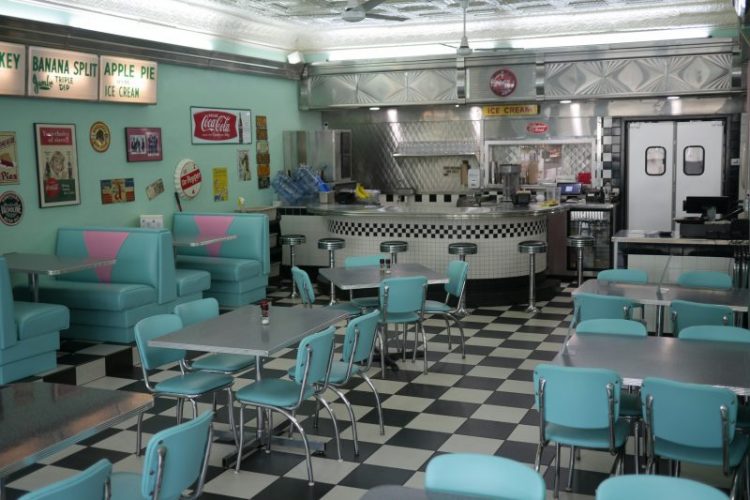 A Modern Take on the Classic Diner

For over 150 years, Diners have been an American icon, and a place where anyone from the mayor to a street sweeper sit side by side and feel at home. With staff that treats you like family, and an environment that’s often noisy and full of laughter, it’s no wonder diners are popular with people of all age groups and backgrounds. The classic diner experience is all about becoming good friends with your waitress, and enjoying comfort food, in a place where stories are told and memories made.
Fenders embraces the best of diner hospitality, but reimagines the typical diner experience with creative alternatives to classic diner food, fun cocktails, and live music in a new outdoor venue that is unmatched in North Georgia.
Our DREAM is to create a space where people can be known, meet others, and create unforgettable memories. Every member of our team wants to become great friends, provide great food, and host great music. Those are all the ingredients needed for a GREAT life in the best place on this planet to live… in the beautiful North Georgia mountains.

The building that is now home to Fenders Diner has been feeding the community of Cornelia for well over 100 years.  If these walls could talk, the stories they would tell.  The 100+ year old brick building started life as Burrell’s Market some time between the late 1900’s to early 1920’s, and it was owned by Winfred Wallace Burrell. As the story goes, he opened the store when his family moved down from Burton – before the lake was filled – between 1913 and 1920.  According to his grandson, the old Burrell family farm is now under water.

The market’s shelves were packed with every kind of food staple a small town north Georgia cook would need for an authentic southern meal.  Just a stone’s throw from the bustling railroad station, the market was likely first stop for many arriving in Cornelia.  The store was closed in the early 1950’s, that signaled the end of one chapter, but it was just the beginning of the story.

In the mid 1990’s, Russ & Judie Vinson were on a trip up north and they purchased an old diner with intentions to relocate it to North Georgia.  Their goal was to create a space that took you back to a simpler time, and provided a unique experience for all of North Georgia.  Fenders Diner was born in 1996, and it has been serving comfort food in Cornelia for almost 25 years.

Bradley & Sherry Cook took over from the Vinson’s and continued in their footsteps.  They successfully operated Fenders for many years.  During that time they expanded the hours, the menu, and the business as they added a catering operation and event facility.

After closing in 2020, Jay & Melissa Reeder completely restored this classic diner, reimagining the diner experience, while keeping the iconic retro style.  The *New* Fenders features a menu with a fun modern take on classic diner favorites that are chef inspired.  Today, we’re proud to carry on the tradition of those who came before us with a focus on serving exceptional comfort food (with fresh ingredients cooked to order) and unmatched hospitality.  We love this tradition and the rich history of Cornelia, and want to create a place where our community can enjoy great food and drinks inside the diner surrounded by a retro atmosphere, or outside in North Georgia’s premiere outdoor entertainment venue, while celebrating birthdays, anniversaries, or just life in the North Georgia mountains. 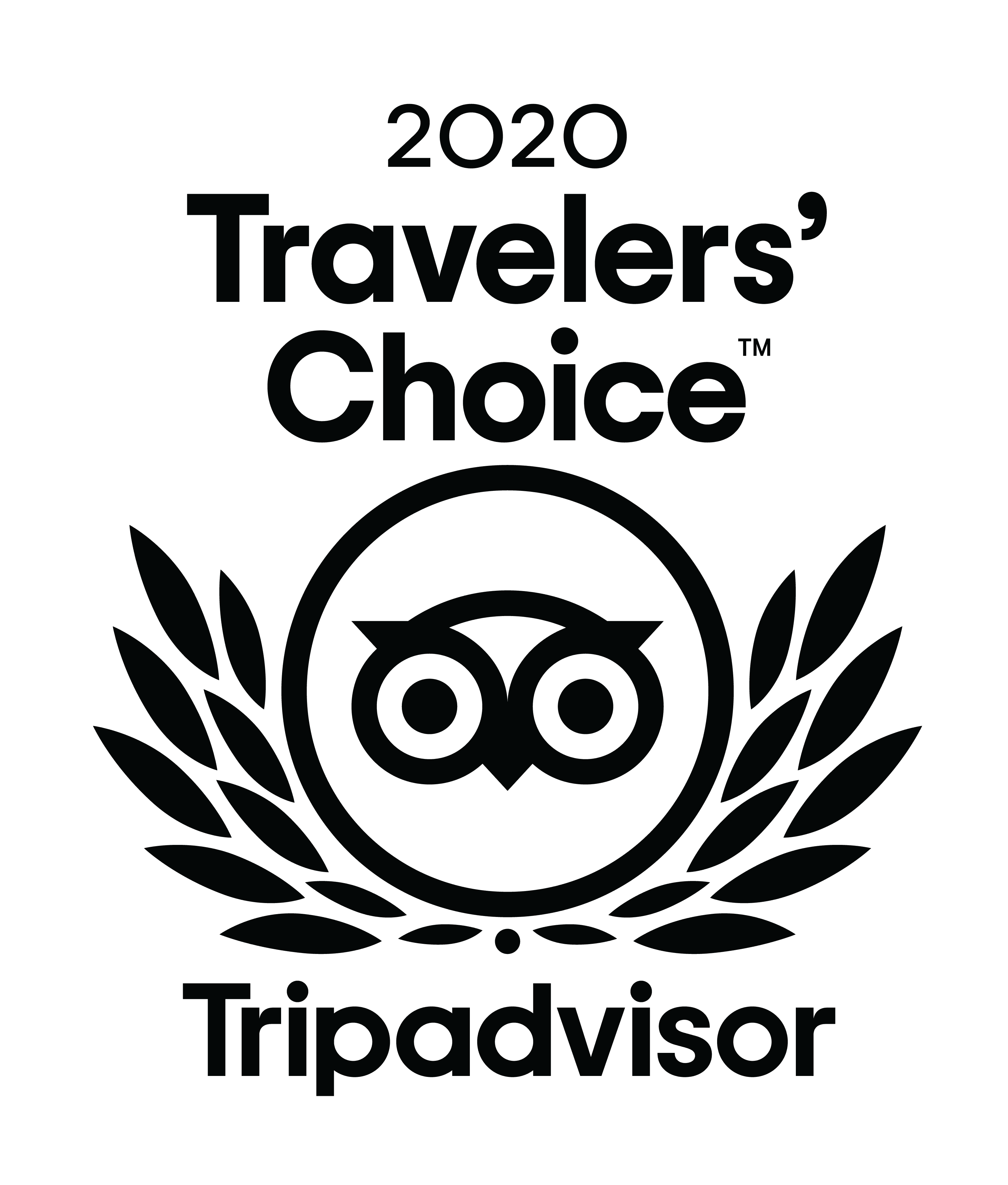 – In 2021, The Georgia Downtown Association recognized the public/private partnership that developed Fenders Alley with a statewide “Best Placemaking” award.

– In 2022, Georgia Trend Magazine and the Georgia Association of Convention & Visitors Bureau recognized Fenders & Cornelia with a statewide “TravelBlazer” award for partnering to create one of the TOP new hospitality destinations in the state of Georgia.

If a picture says a thousand words, then you can imagine how long it would take to describe all our mouthwatering selections. 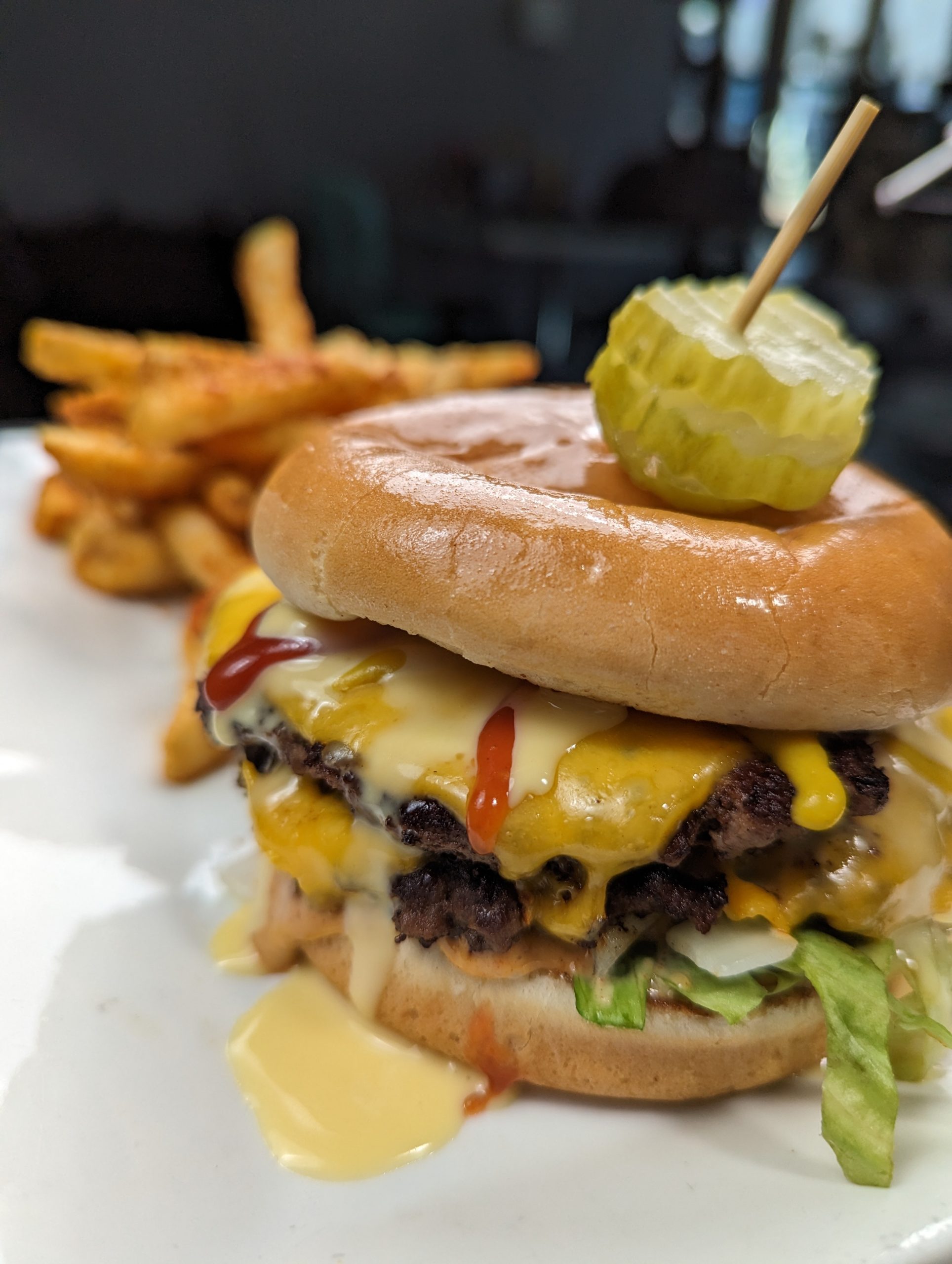 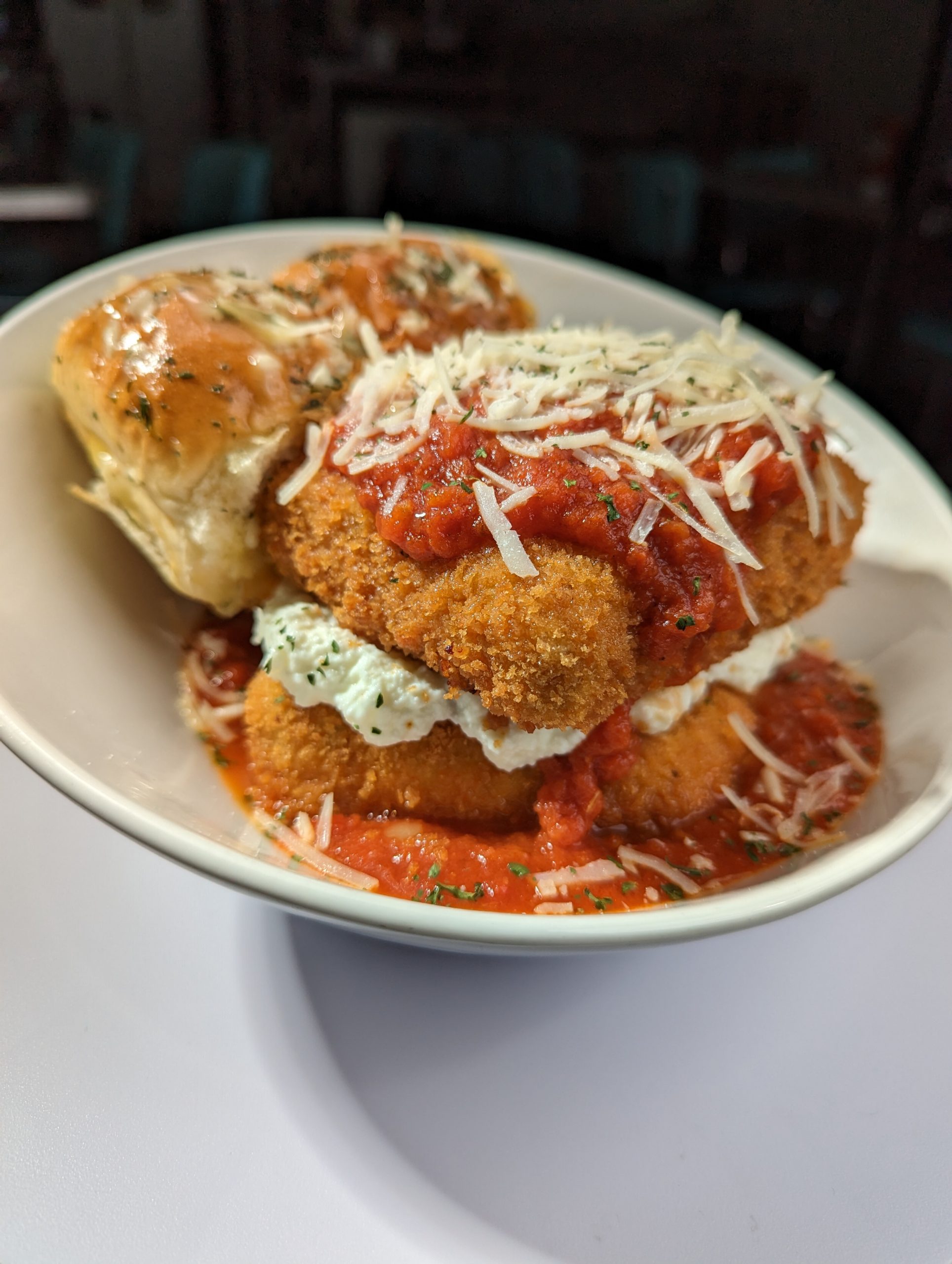 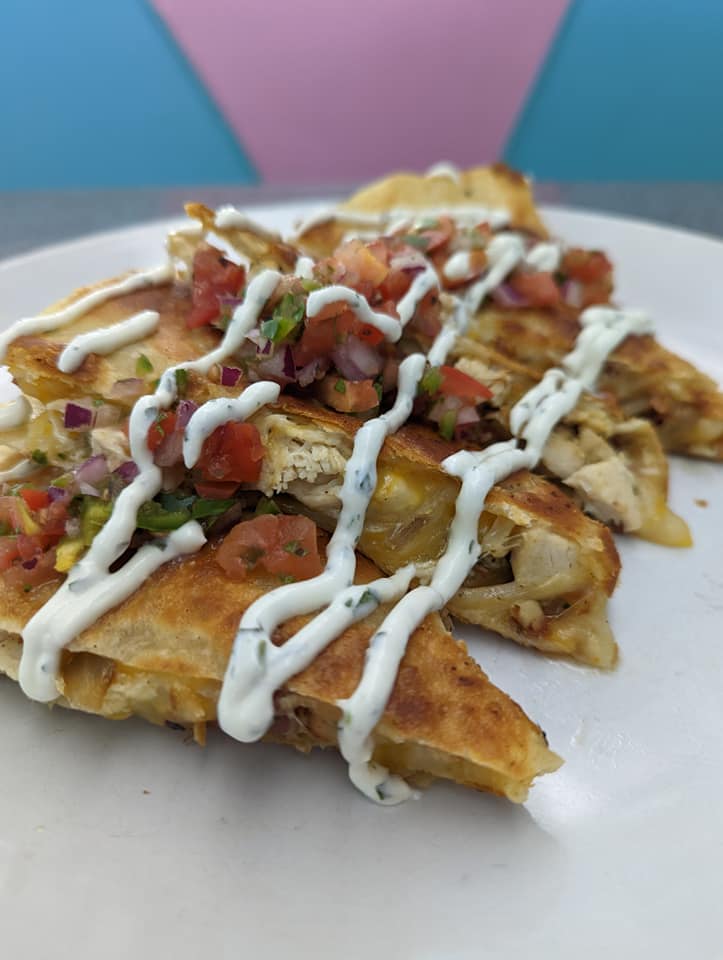 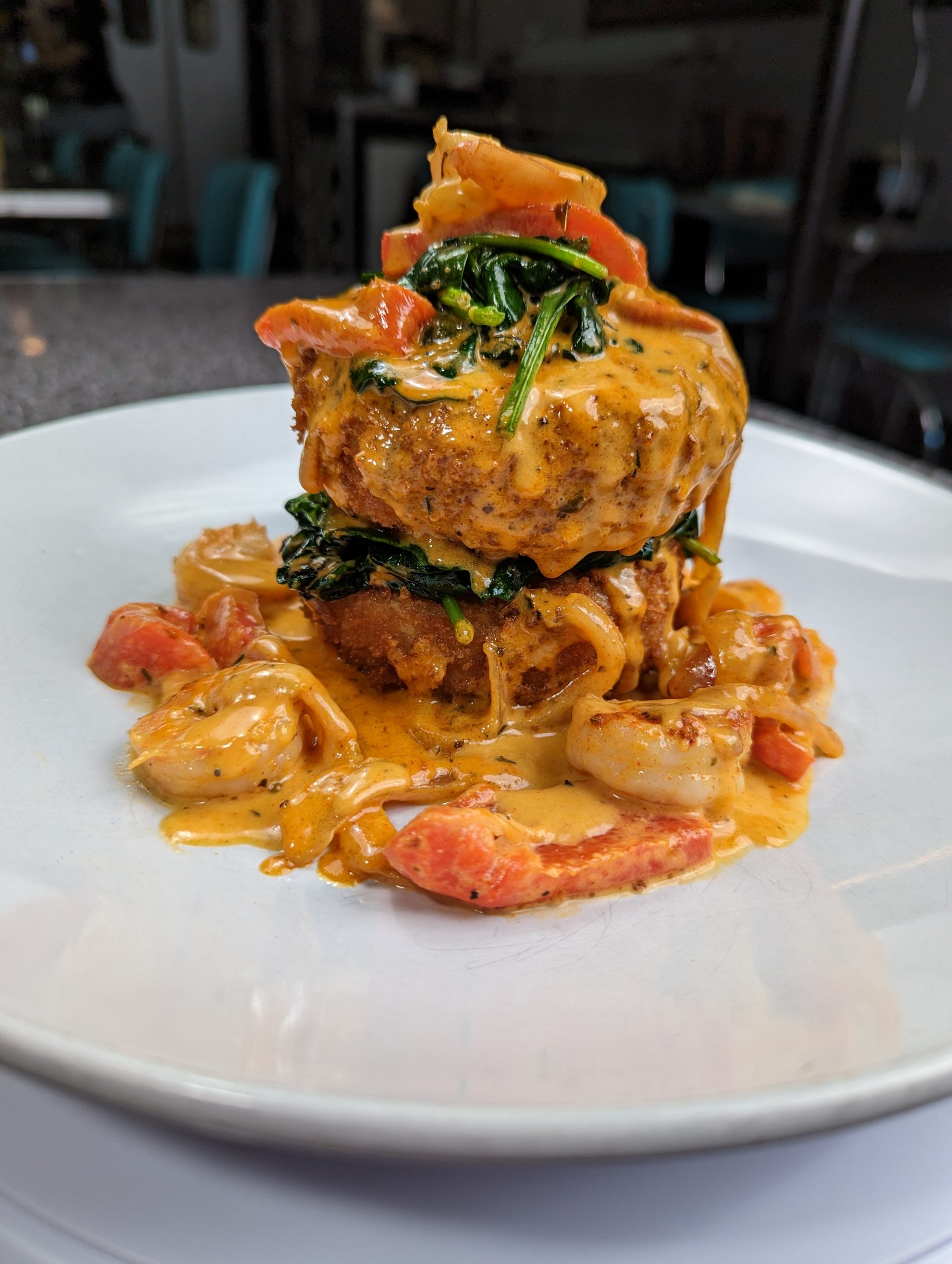 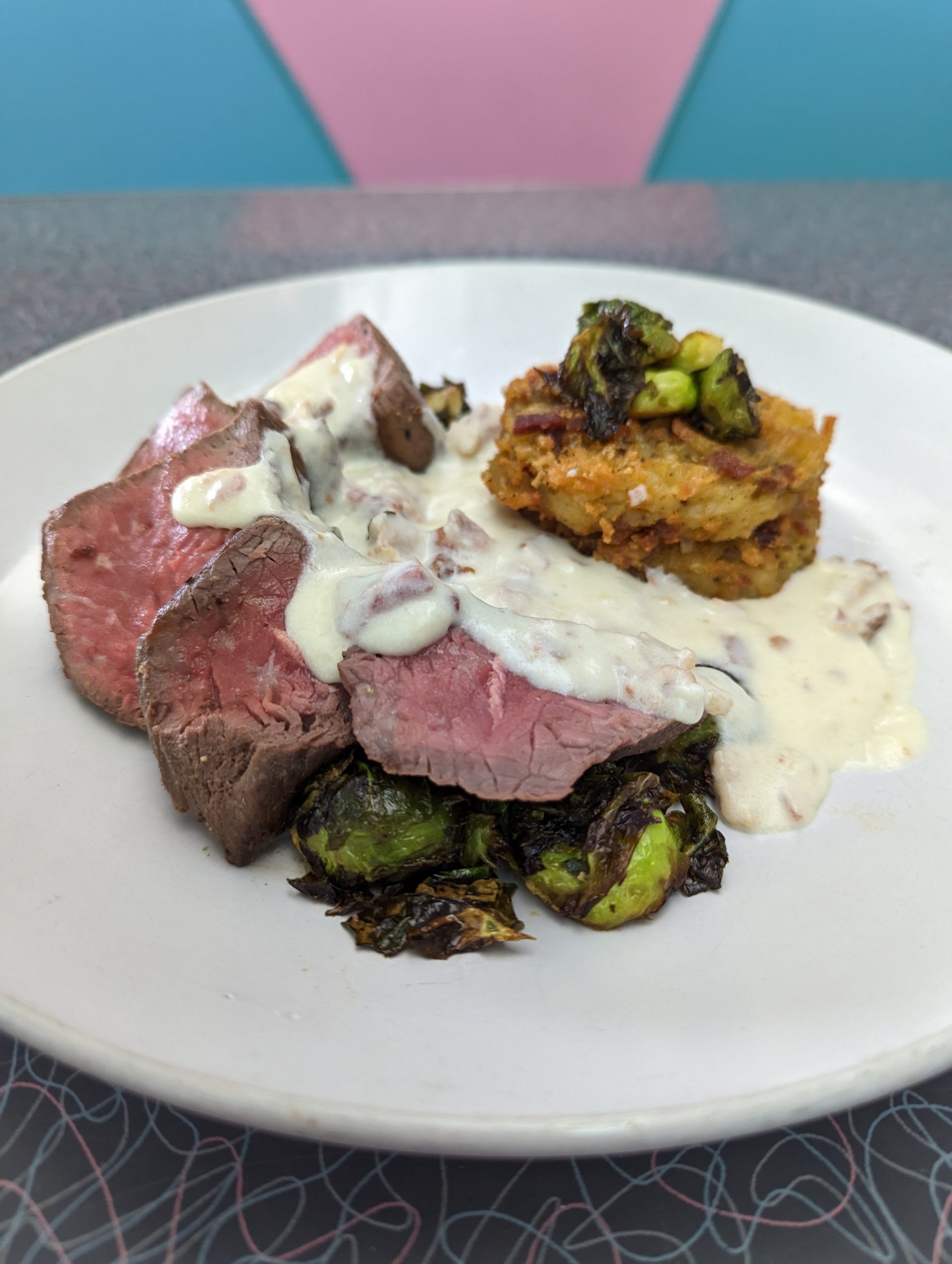 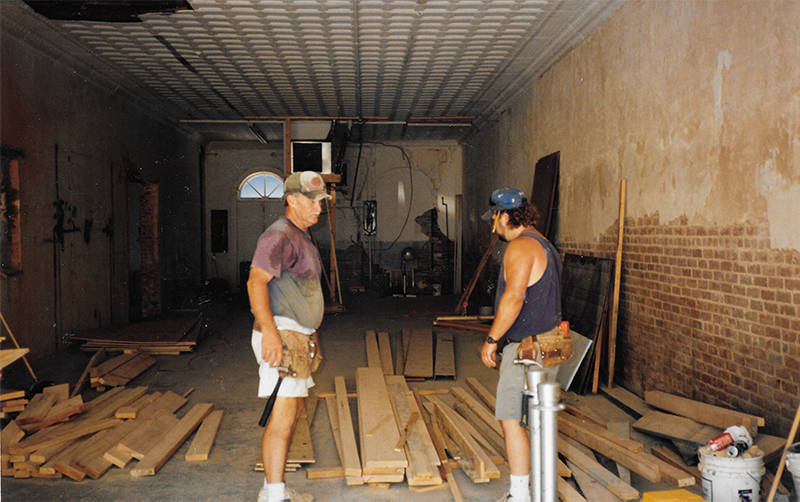 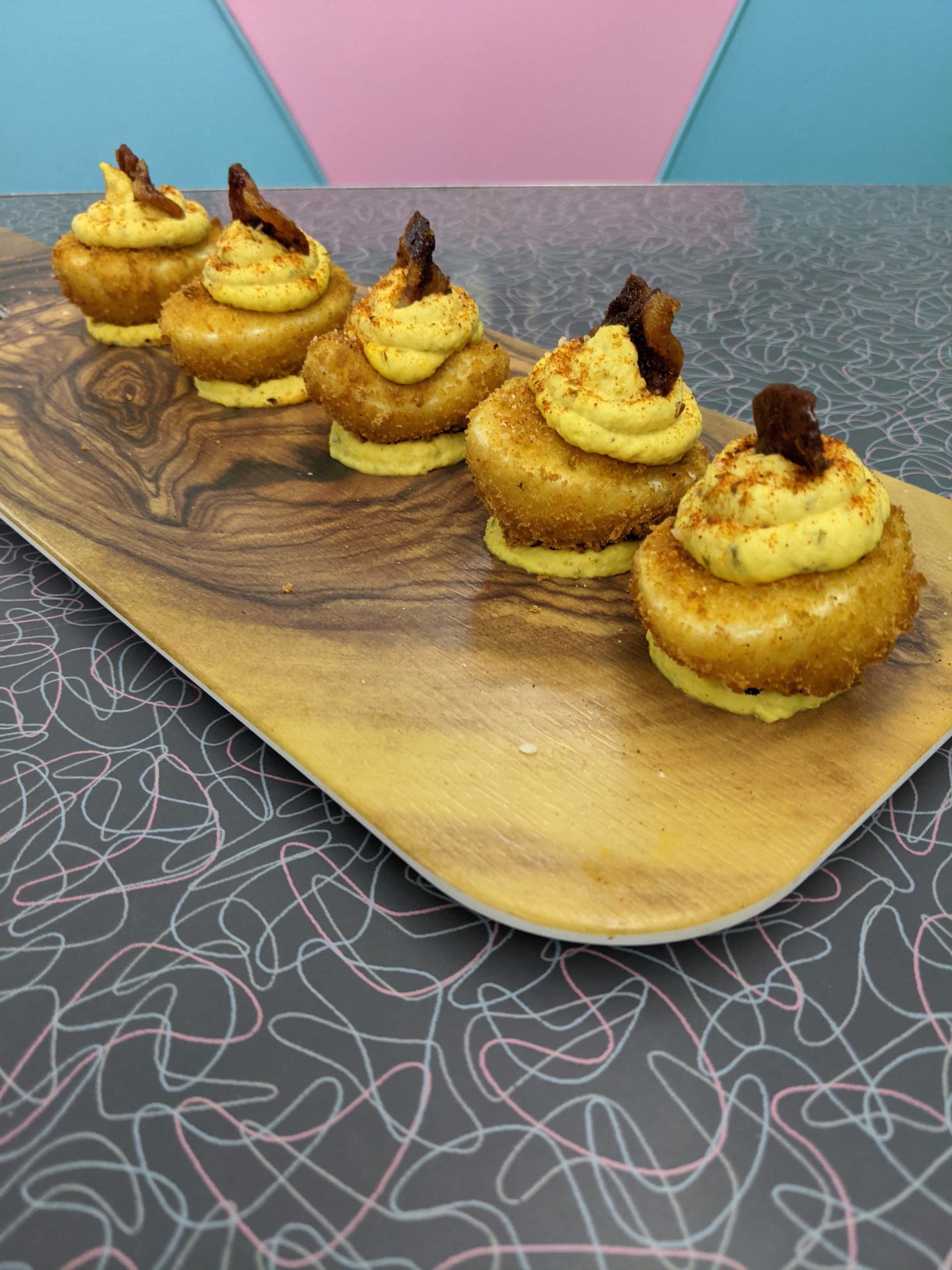 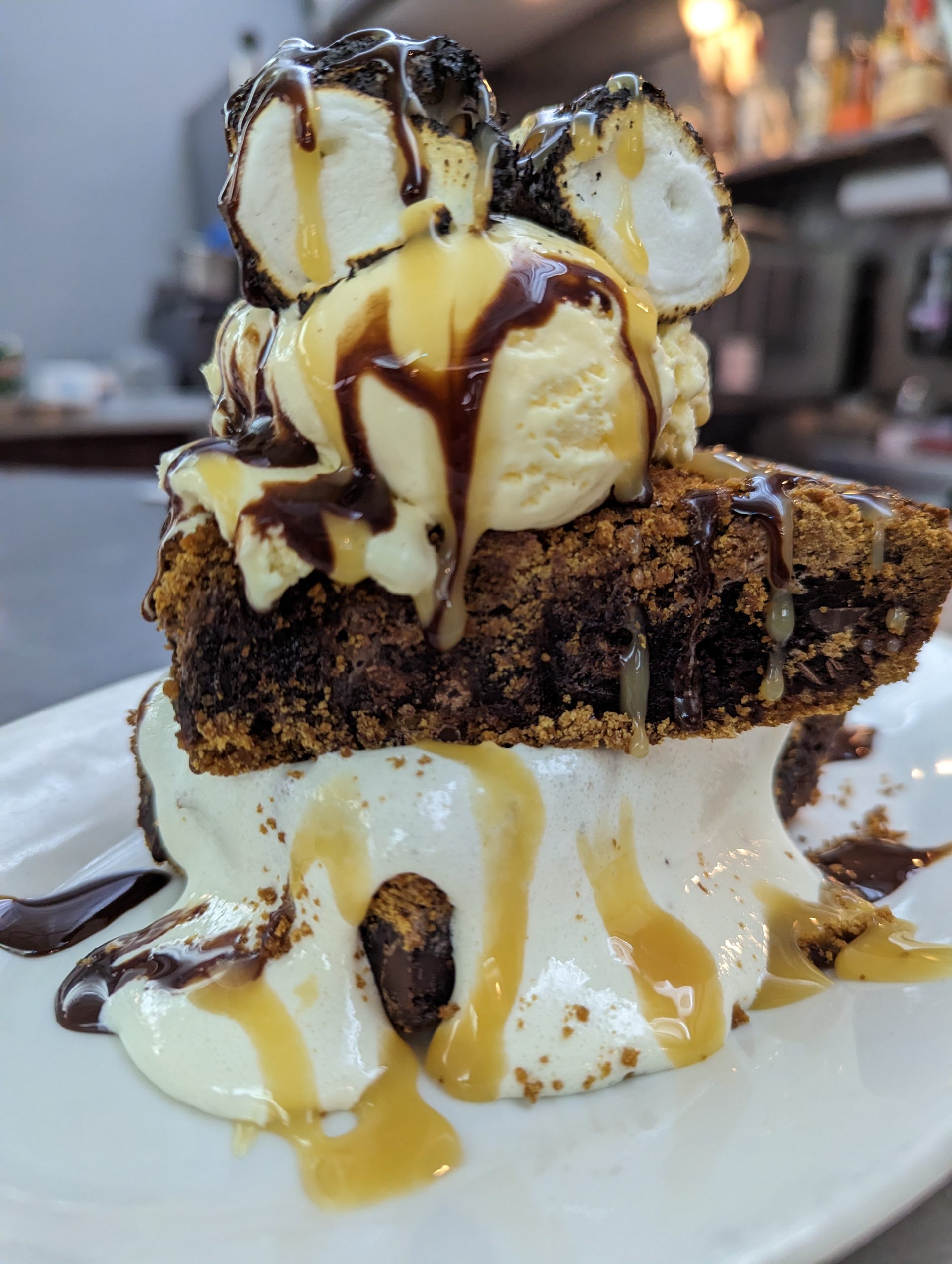 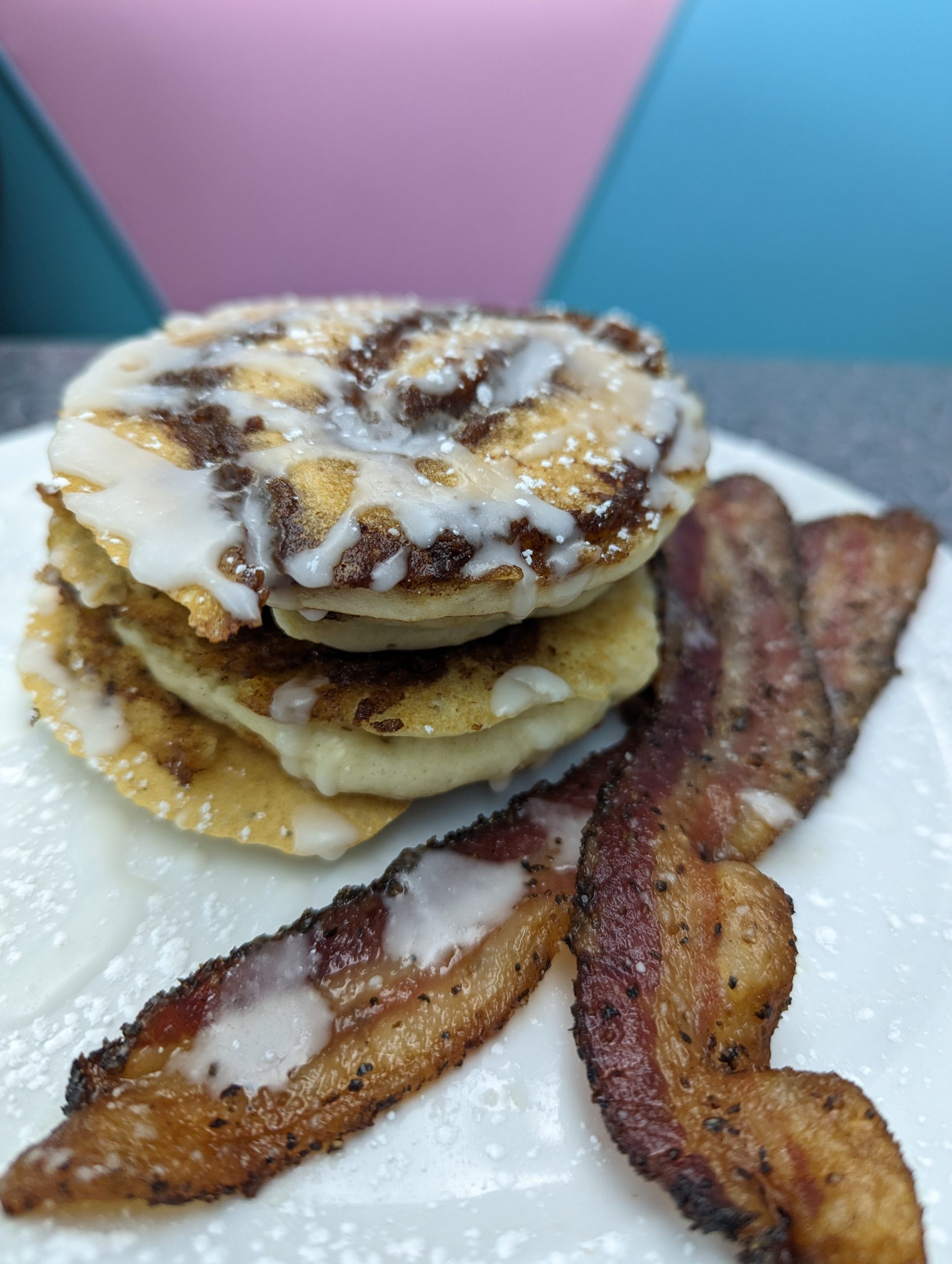 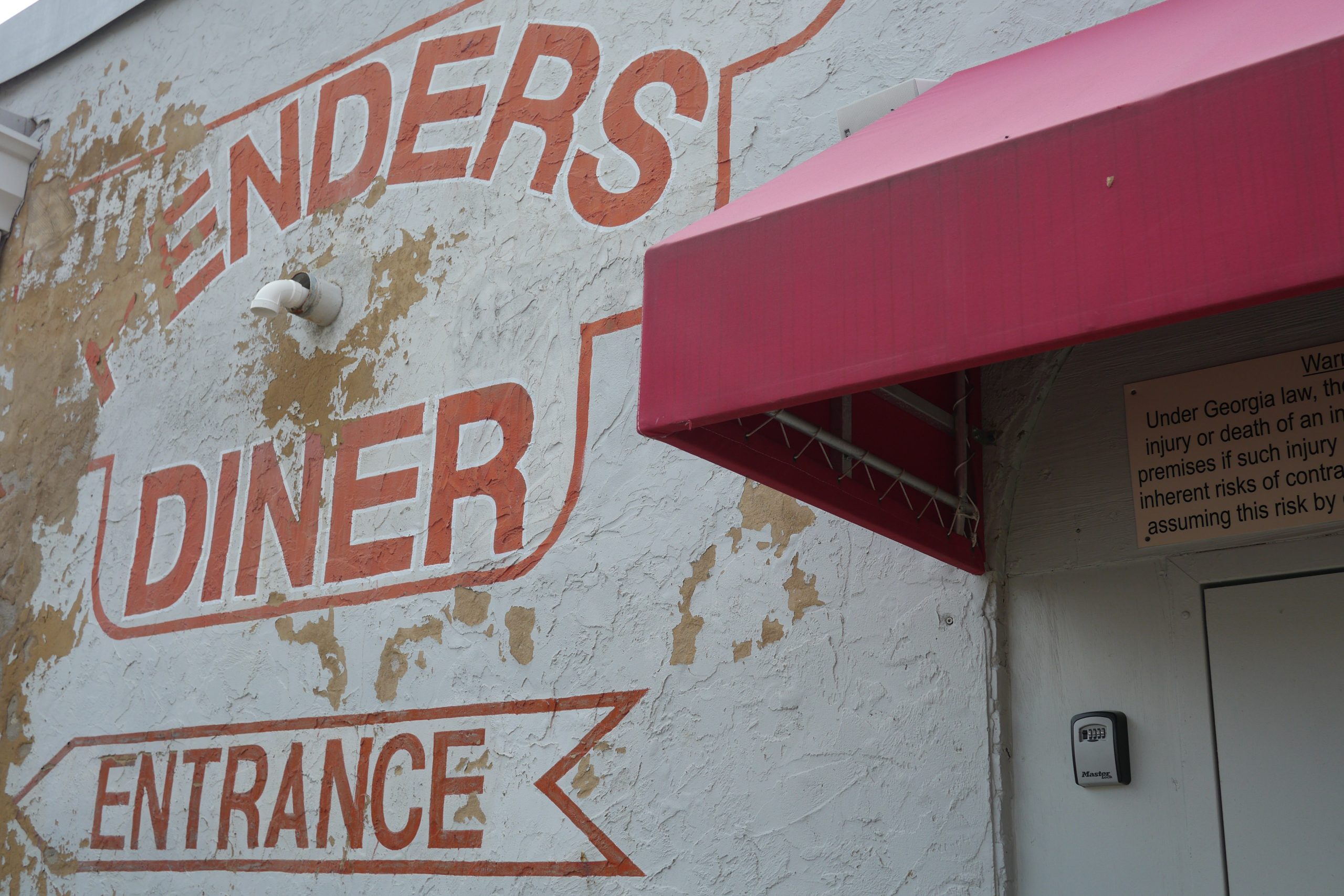 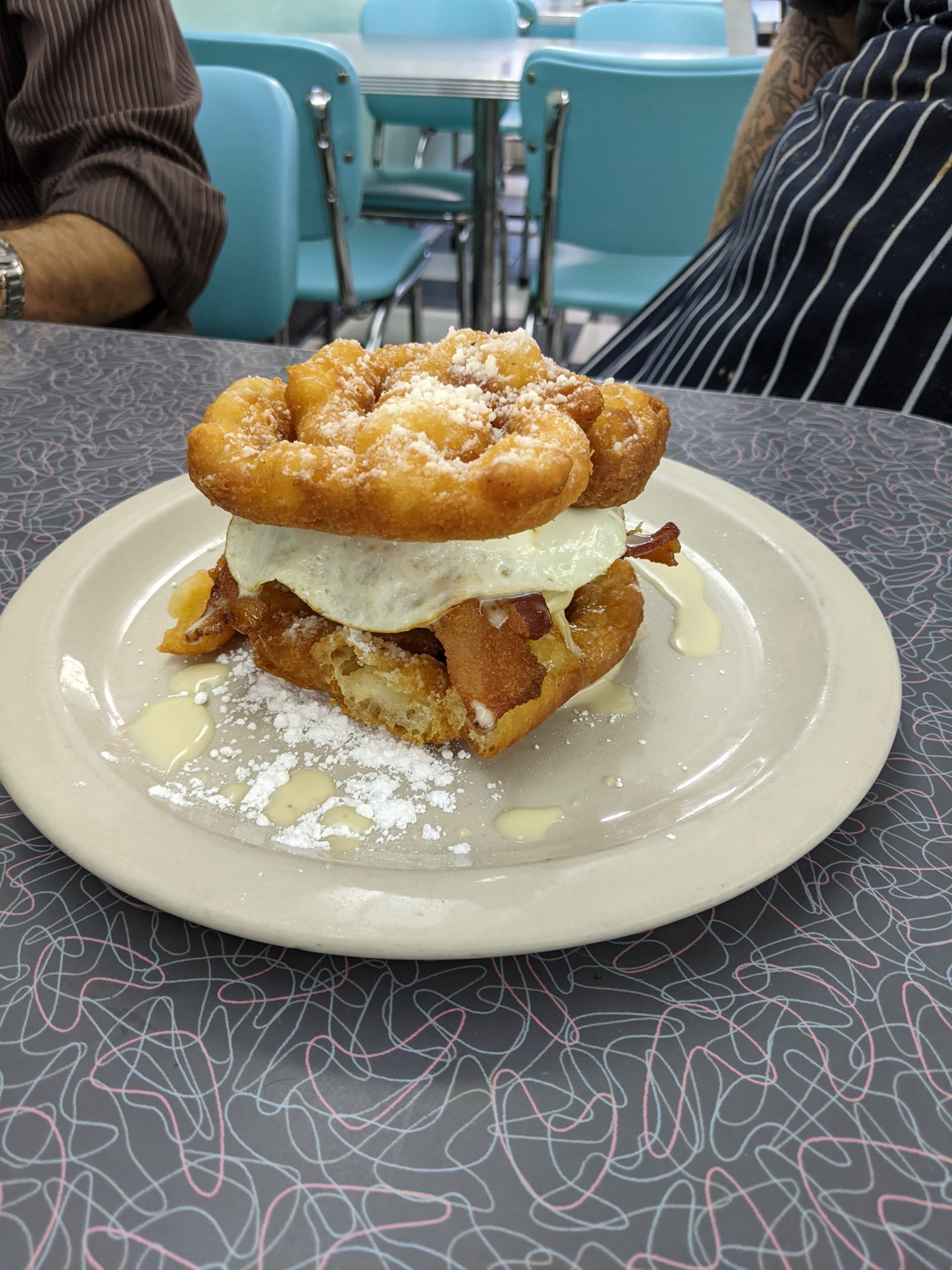 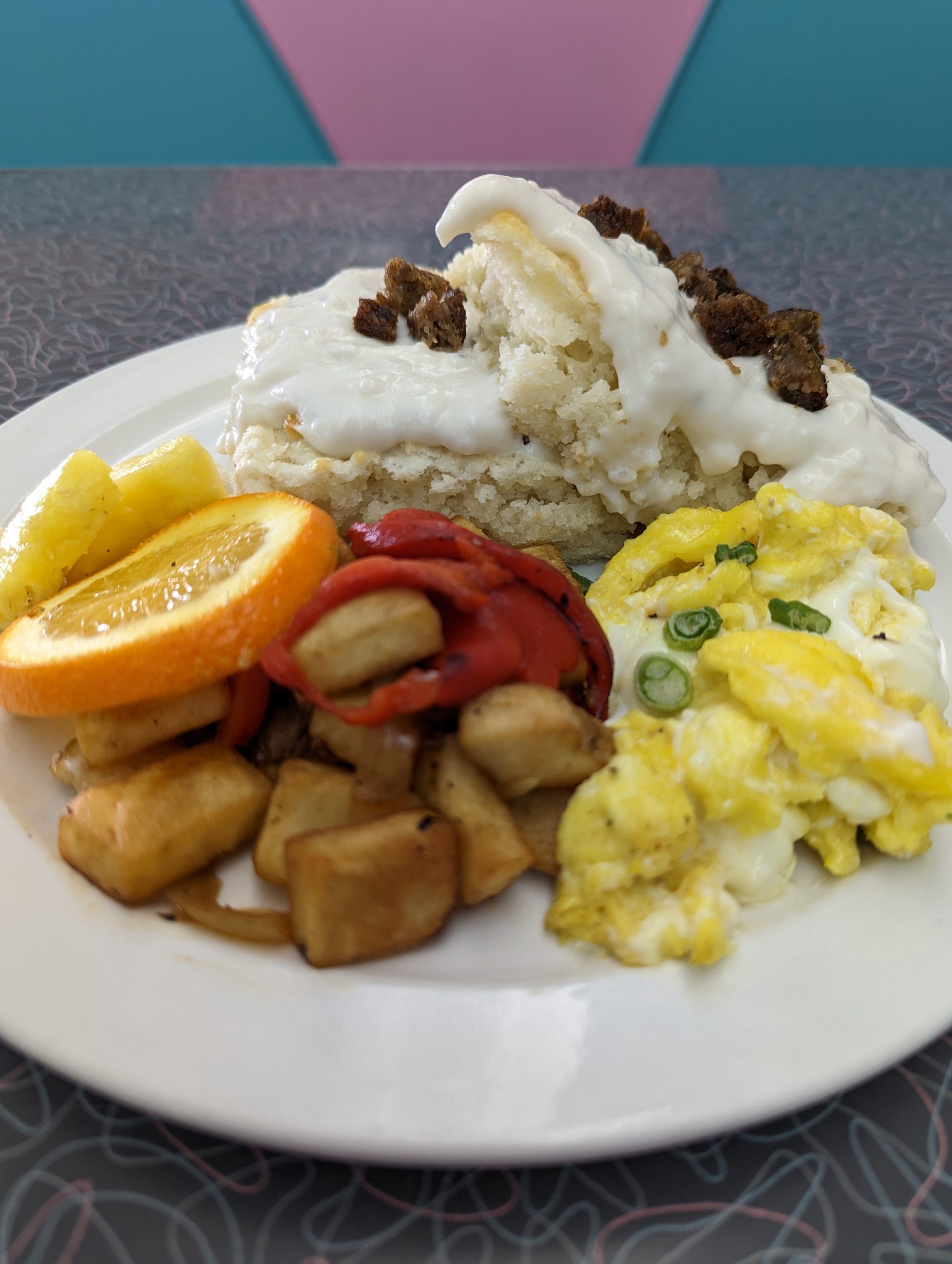 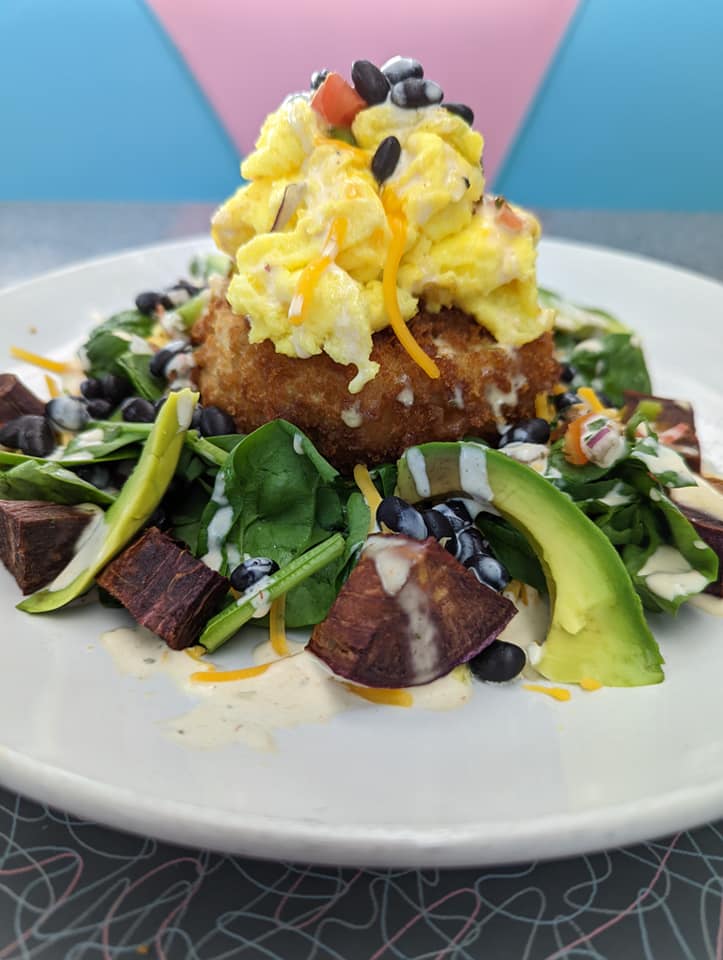 Chef Jason Vullo oversees Fenders creative menu. He came to us from Rathbun’s Steakhouse, but many locals know him from his time at Chives in Clarkesville.  When he’s not leading the team at Community Brew & Tap, he’s guiding efforts to create fantastic food at Fenders Diner & Fenders Alley (all in the Cornelia Entertainment District).  He loves creating fantastic food as much as we love eating it.  Most nights you can find him checking on tables to make sure guests are LOVING their meals as well.

Food is amazing and service is phenomenal! We had the Meatloaf Quesadilla, Deep Fried Deviled Eggs, and Andes Candies Ice Cream Sundae!

We thoroughly enjoyed our dinner at Fenders Diner tonight! The service was fantastic and the owners really care about their customers. Our food was delicious. We will definitely be back!!!!

Food is awesome and serice was absolutely wonderful. There were about 15 people in our party and everyone enjoyed. We will definitely be going back.

Let us host your next celebration 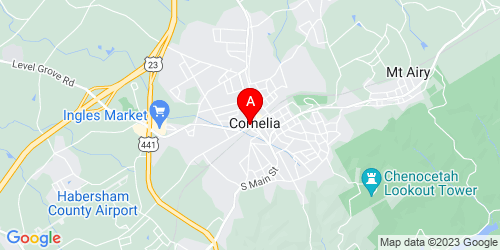